A Few Facts About The Oranda Goldfish

The Oranda goldfish is at or near the top of any list of most popular types of goldfish. Others popular types include the Comet goldfish, the Fantail goldfish, the Celestial goldfish, and one which resembles the Oranda somewhat, the Lionhead goldfish. Goldfish are generally easy keepers, requiring for the most part sufficient food and clean water in order to thrive.

The Oranda goldfish is no exception although there are a few noteworthy differences in the kinds of care it needs.

The Distinctive Wen – Call it a cap, a helmet, or a raspberry, the most striking feature of the Oranda goldfish, and one reason for its great popularity, is the growth which appears on the top and sides of its head, easily distinguishing the Oranda from other goldfish types or species.

This cap, more properly referred to as a wen, begins to form when the goldfish is a little more than a year old, and is usually more or less fully formed by the time the fish has reached the age of two.

The wen will sometimes tend to grow larger with time. It may eventually totally cover the Oranda’s head, except for the eyes and the mouth, and in some case will even grow over one or both eyes.

While the wen at its most extreme could be considered disfiguring, in most cases it is very attractive, and even if it grows large enough to affect the Oranda’s vision, the fish seems to not be terribly bothered by the situation and is still able to swim and find food. One other type of goldfish, the Lionhead, also features this distinctive raspberry car.

Aside from the wen, the Oranda looks like a typical goldfish with a somewhat egg-shaped body, and an attractive split-fin tail.

The Oranda comes in a variety of colors, though the pure white variety (with the red cap) appears to be the most popular. Some Oranda goldfish have shiny metallic scales, while others feature scales having more of a matte surface.

The Oranda is aptly described as either a fancy goldfish or an exotic goldfish. This might suggest that it’s, therefore, an expensive goldfish, but that isn’t true.

It is quite abundant and relatively inexpensive, though due to its popularity, the white Oranda can sometimes be difficult to locate, and therefore can be a bit more pricey.

The Oranda goldfish can be kept in the same aquarium with other goldfish types, but when introducing the Oranda with other types, there is sometimes the possibility that other fish may take an interest in the Oranda’s bright red wen.

This usually doesn’t result in any problem for an Oranda, but there is always the exception, so it’s wise to check occasionally.

When feeding a collection of goldfish, it’s wise to remember that the Oranda is strictly a bottom feeder, so fish flakes that float on the surface and are gobbled up by other goldfish types can leave the Oranda a little short-changed.

The Oranda will need to be given food that can sink to the bottom so it can find it.

As far as water quality is concerned, the Oranda needs cleaner water than other goldfish types as its wen, when fully developed, has creases and crevices which can be a breeding ground for bacteria.

Any goldfish type will benefit from a clean environment, but as far as the Oranda goldfish is concerned, clean water is more or less mandatory.

The Black Oranda is one of many varieties of what is collectively known as ornamental or fancy goldfish; Carassius auratus auratus. Originally from parts of Asia

there is no books and pieces of information yet about black thai oranda goldfish the thai breeders did not put it on writing. I will just share you my black thai oranda actual video here its physical appearance it has nice upright caudal fins, short bodies and a nice wen formation. I will try to take new video and post it here too in the meantime check out the video below

Do black oranda goldfish have eyes?
The oranda is a metallic or matte scaled goldfish that is similar in appearance to the veiltail. It has a large, long and deep body accompanied by a long quadruple tail. … Sometimes the wen grows enormously covering the eyes of the goldfish. Due to this, the eyesight may become limited or even blind

The Blue Oranda is one of many varieties of what is collectively known as ornamental or fancy goldfish; Carassius auratus auratus. Originally from parts of Asia

On average they live for 15 years but under good aquarium conditions they can live longer.

Since they are omnivorous, the Oranda Goldfish will generally eat all kinds of fresh, frozen, and flake foods. To keep a good balance give them a high quality flake food everyday. To care for your Oranda Goldfish, feed brine shrimp (either live or frozen), blood worms, Daphnia, or tubifex worms as a treat.

The Redcap Oranda is totally white except for a cherry red hood, which looks just like a cap. Red Cap Oranda – developing its wen. Their fleshy growth or hood is known as the wen. The wen starts to show at about 3 – 4 months or age, but only really begins to form at about 1 – 2 years.

Panda Oranda Goldfish. Oranda is selected at random from dealer inventory. This is to ensure the well-being and health of the fish.

What Size Aquarium Do They Need? Each oranda goldfish will need a minimum of 20 gallons. Ideally, try going a little bigger than that if possible.

Orandas are freshwater fish and have a lot in common with many other goldfish in terms of care. As mentioned earlier, they are sensitive to water parameters so weekly water changes of 25% are needed. When orandas are kept with smaller active fish, you will find their fins are nipped and even possibly bitten off.

how long do oranda goldfish live,

, can oranda goldfish live in a pond,

Are oranda goldfish easy to keep?
Oranda Goldfish aren’t fussy and don’t need much to keep them happy, so their tank setup is relatively easy. They need plenty of space when swimming around, and they have the wen on their head that may compromise their eyesight. With this in mind, you should not over-decorate the tank.

Can oranda goldfish live with other fish?
Oranda goldfish are peaceful, social fish that thrive when kept in groups of their own kind, with other Fancy goldfish and some tropical fish species that tolerate cooler water conditions. Orandas are large fish when fully grown, so small shrimp and fish might be considered as food sources.

Are oranda goldfish good pets?
Image result for oranda goldfish
The oranda goldfish is a social and peaceful community fish that gets along with other peaceful species of similar size. Orandas are more sensitive than other types of fancy goldfish and are best suited for intermediate aquarists.

Can you touch oranda goldfish?
Yes, it’s ok to touch goldfish. Despite the myth that goldfish will die after being touched, this is simply not true. As long as you clean your hands before and handle the goldfish gently, your goldfish won’t suddenly die afterward.

Do oranda goldfish get lonely?
Image result
You might be surprised to learn that, no, they don’t. At least, not as far as we know. Based on everything we know about goldfish, it is very unlikely that goldfish feel loneliness.

can ranchu and oranda breed

caring for an oranda

caring for an red cap oranda

how big do lionhead goldfish get

how big do orandas get

how big of a tank do goldfish need

how to choose oranda goldfish

how to know goldfish age

is oranda a goldfish 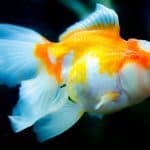 How much space do oranda goldfish need? 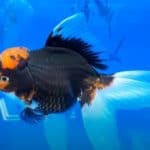 20 gallons
What Size Aquarium Do They Need? Each oranda goldfish will need a minimum of 20 gallons. Ideally, try going a little bigger than that if possible

Learn more other types of goldfish