The external anatomy of Koi includes the scales, skin, fins, operculum (gill cover), vent, eyes, nostrils, barbels and lateral line. A koi’s skin is covered by a layer of mucus, which not only offers protection against disease but also helps streamline the fish to aid locomotion.

The koi belongs to Cyprinus, Cyprinae, Cyprinidae, Cyprinina. Cyprinida. Teleosteri, Teleostomi, Osteichthyes. Its distinctive features are two pairs of mustaches, three rows of pharyngeal teeth and a dental formula of 1. 1. 3-3, 1. 1. Its technical name is Cyprinus Carpio Linne. It is called “Carp” in English.

Natural black carp. improved and cultured Shinshu and Yamatogoi, Doitsugoi and colorful Nishikigoi are all included in one species from the scientific point of view.

The anal-fin has three spines and five filaments. The ventral fin has nine filaments, both the pectoral and caudal fins are made of many filaments.

The fin regenerates it is cut.

The koi has two pairs of mustaches which are sense organs when it seeks food among the mud.

Dotted scales line along the center of the side from head to tail. Those dots are regarded as openings of the Lateral line organ and also sense organs to perceive sounds.

The kois body is covered by the cuticle which consists of two layers; the epidermis and the derm. The epidermis contains mucilage cells and secretes mucus on the surface of the body. The slime protects the surface or prevents parasitic worms from staying.

The derm consists of fibrous materials with some cells in between. The scales differentiate, and nerves and blood vessels run in it.

It also contains pigment cells which are indispensable to the Nishikigoi. Its complex shade is produced by contraction and diffusion of four kinds of pigment cells are Melanosphore (black) Xanthphore (yellow) Erythrophore (red) and Guanophore (white0

The sense organ and the nervous system have a relationship with contraction and diffusion of the pigment cells. The react sensitively to light. They are found between the epidermis and the subcutaneous fat tissue, and under the scales.

The scale is thought to have differentiated from the derm. It is inserted into the derm at an angel. It is round and thin. Its surface is smooth. A clear pattern is seen on it from the center of the pattern striae spread radiately and crossing them, many protuberant lines draw concentric circles. These concentric increase, as a koi grows up like the rings of a tree. By counting the circles an approximate age of a koi is know.

After soaking a scale in 3-5% solution of potassium by droxide for twenty-four hours and washing it with water you can see the pattern under a microscope.

The koi has two pairs of mustaches of which epidermis contains sensory cells. They can tell the taste and help the koi seek food in the mud.

The jaw has no teeth but developed pharyngeal teeth break food. They are in three rows; 1.1,3-3m 1.1. Behind the tongue there are five pairs of Saiko.

Inside four pairs of those five, Saiha line like the teeth of a comb.  The gill covers them. There are eighteen Saiha, each of which has fifteen processes.

They leach out plankton from the water. A wide but short esophagus is connected to them. There are vertical wrinkles in it and an opening to the air bladder on one side of it.

The ko has no stomach, but the esophagus is directly connected to the intestines. They are about five times as long as the body and are coiled twice in the abdomen.

A part of the intestines just after the esophagus is slightly swollen, which has a secreting gland of digestive fluid. The part works as a stomach.

In the case of the koi, only one organ functions both as a liver and a pancreas. On its right side, there is a dark green gallbladder which is connected to the liver with a thin pipe. A spleen is surrounded by all the internal organs.

The air bladder is on the side of the koi’s back and has two ventricles. It is also connected to the internal ears by deformed vertebrae.

Inside the gill cover, there are five pairs of Saiko, of which four have red gill filaments for respiration. A net of capillaries spreads all over the gill filaments.

The koi’s heart is wrapped by the pericardium, having an atrium, a ventricle, and artery.

However, it is easily affected by rapid change of water temperature. If the temperature falls more than 5 degrees centigrade, the koi is covered with white membrane, that is a symptom of cold.

Originally the koi is a freshwater fish, but it can also live in slightly salty water. 1% of salt is allowable, so it can be kept together with the sea beam if it is acclimated to the salty water.

Food for the baby koi is the first crustacean such as Daphnia. As it gradually grows up it can eat aquatic insects, shellfish or buds of water plants.

As the koi is omnivorous it eats everything. It takes a bite of food or clings to mud to seek it.

It disgorges what is has once swallowed. As it has no teeth on the jaws, it chews food with developed pharyngeal teeth. Usually, a male koi attain maturity in two years and a female ko in three years.

The spawning time is from about 4 o’oclock in the morning tilld awn. Some ko spawn once and again after a month they lay eggs which have been left before The fertilizaton is external. The egg is adhesive and its shape is spherical.

The size of an egg depends on its mother’s size. It’s diameter if from 2.1milimeters to 2.6 millimeters.

The higher the water temperature is, the quicker the eggs are hatched. In general, it takes about four days for eggs to be hatched at about 20 degrees centigrades.

The koi’s growth differs with water temperature, bait, and sex. There is no other animal that grows so irregularly, only in half a year, the fastest growing koi becomes ten times as long as and a thousand times as heavy as the slowest one.

Table 3-1 shows the average growth rate. Generally, the male koi is slender and the female is round. Till two years old the male grows more than the female, but later it is vice versa.

The span of the koi’s life is comparatively long. Average length is seventy years. The koi’s age can be estimated by examining a scale under microscope.

The oldes koi scientifically admitted was a Higoi “Hanako” which Mr. Komei Koshihara owned in Higashi-shirakawa of Gifu prefecture, unfortunately, She died i July 17, 1977. She was 77 centimeters long and 9 kilograms in weight

There is a report of a Nishikigoi with long fins which was bred after a koi and a crucian carp being mated.

There are many kinds of congenital malformation. The writer has once seen a dorsal fin on a fry’s side. A showa with three tails has been reported.

The writer has also seen an Ogon and a Kohaku shaped as a Ryukin (goldfish) but larger than it. They had fine mustaches, too. Perhaps they are a cross breed of koi and goldfish.

The color of the Nishikigoi depends on the pigment cells in the derm. The color can be finished well by bait containing carotenoid.

It happens that koi’s color suddenly disappears, but its cause has not been found yet.

Do koi fish have nostrils?
The fish are a breed of the common carp, Cyprinus carpio, which includes numerous wild carp races as well as domesticated koi (“Nishikigoi”).

The resulting fish had longer fins, long barbells, pompom nostrils, and were hardier than koi.

Koi Mouth. A koi’s mouth may seem to be overly large for their heads, but that doesn’t mean they are waiting to munch down on huge bits of food.

A koi’s bite is perfectly designed to be effective at the bottom of a pond, but also allows them to eat floating food

Do koi fish have teeth?
Koi carp do have teeth in order to chew their food, but the catch is, their teeth are not in their mouths! The teeth of the koi carp are far back in their throats, not in the mouth itself, and so once they take food into their mouth, it is chewed and digested via the throat before entering the stomach

hose whiskers—or barbels—are a defining characteristic of the fish. … Koi, along with catfish, goatfish, hagfish, sturgeon, zebrafish, some species of shark and other carp, have barbels. … Koi and other carp have four barbels, with two on each side of the koi’s mo 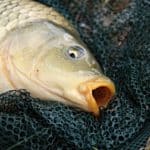 Koi carp do have teeth in order to chew their food, but the catch is, their teeth are not in their mouths! The teeth of the koi carp are far back in their throats, not in the mouth itself, and so once they take food into their mouth, it is chewed and digested via the throat before entering the stomach.